I tell it as it is. That’s the best way.”Rudolph de Groot, Credit Manager Staedion

One out of seven homes in The Hague belongs to the Staedion housing corporation. The corporation was founded twenty years ago through the merger of three housing associations in The Hague. At Staedion, Rudolph de Groot leads a team of some twenty employees in the credit management department. To collect rental debts, he works together with four regular court bailiffs. De Groot compares their scores using the performance management tool from Performance Management (Cwize), which is part of Collenda.

During his studies, Rudolph de Groot could not have imagined that his working life would focus entirely on credit management. “It was pure coincidence,” he explains. ”When I completed my studies in 1983 I went to the employment agency. The lady at the agency suggested a number of options, and then suddenly she said: Oh yes, there’s also something available at a nearby municipality. That turned out to be a job vacancy at the accounting & tax department, responsible among other things for the collection of overdue municipal taxes. I went there, got the job, and soon realised that I was really cut out for this work. Why? In credit management, you always deal with the entire organisation, with all departments. You play a pivotal role and the work constantly demands that you come up with solutions to improve things. This is essentially what I have done for a wide variety of employers.”

After leaving the municipality, Rudolph de Groot worked for a hospital, a home textiles wholesaler, a software company, a health insurance company, a mobile virtual network operator, a major bank, a cable supplier and a telecom company. His titles kept changing as well: from credit manager and credit administration group leader to, among others, credit control team leader, credit risk management manager, and credit & collection director. The number of debtors also increased, sometimes reaching as many as hundreds of thousands. Rudolph de Groot: “Every new role required sorting out the administrative rubble: processes weren’t in place, people didn’t work the way they should or didn’t have the right systems at their disposal. My strong point is that I can see quickly how to solve the problem, what needs changing to get the organisation back on track. I do this in a friendly manner and with an open mind. I tell it as it is. That’s the best way.” 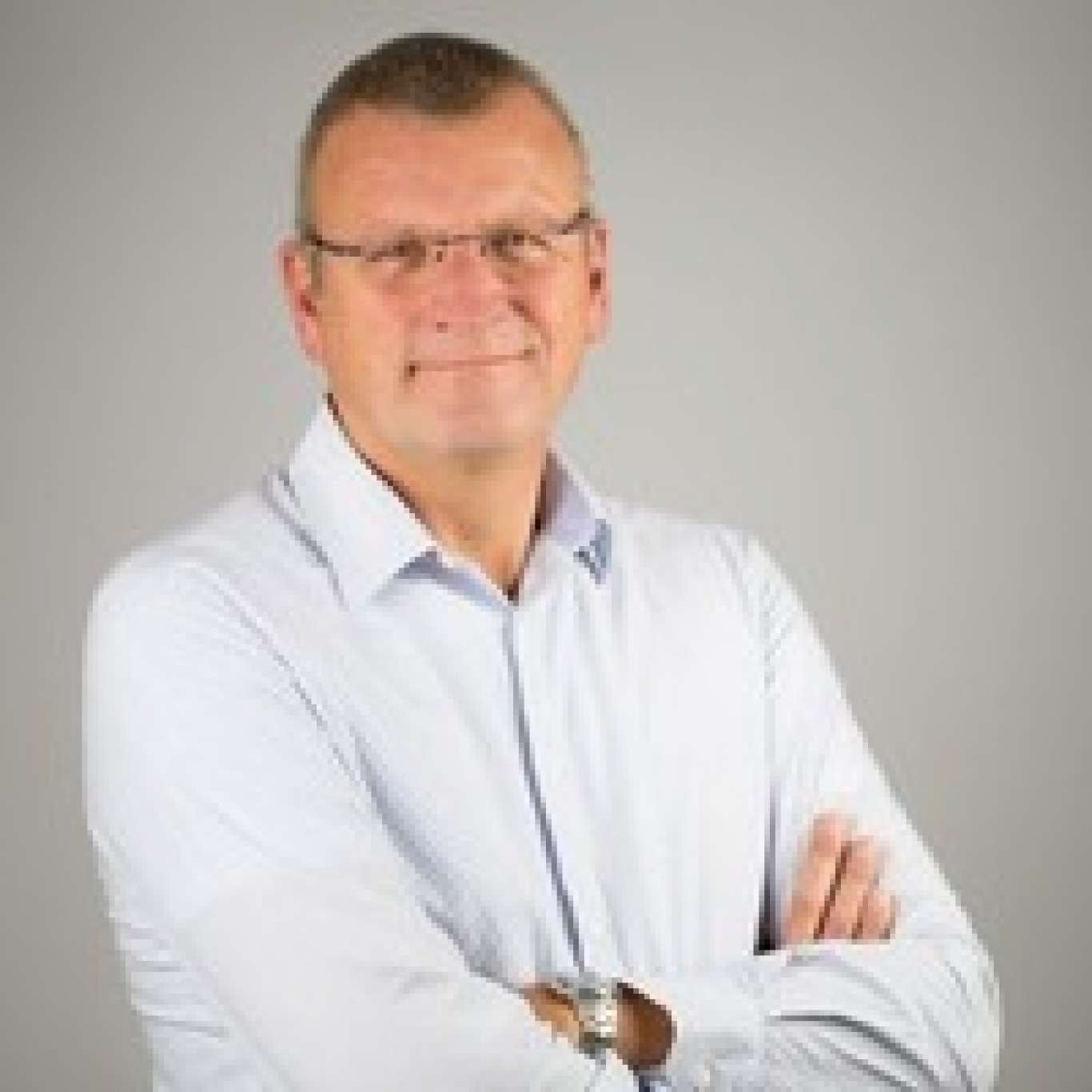 Rudolph de Groot has been working at Staedion as credit management manager since early 2017. Staedion is the largest housing corporation in The Hague, with more than 36,000 homes and over 6,000 shops, business premises and other properties. Some 90 per cent of the housing stock consists of rented council housing. Rudolph de Groot: “That makes our position quite special. After all, the ultimate consequence of rental debts is that you put someone out on the street. Staedion is extremely reluctant to do so and applies a social collection policy. I already had to deal with that subject at my previous employer through the NVVK (Dutch Association of Credit Banks), the trade association for debt assistance and social banking. For example, I was a member of the task force that developed the 120-day model. At Staedion we also maintain close ties with social aid agencies and the municipality.”

Twenty-two people currently work at Staedion’s credit management department, many of whom have a long history of working for the corporation. This extensive experience has led to heated discussions about the implementation of changes for which Rudolph de Groot was hired. “My assignment was to let the wind of change blow through the organisation and to improve processes that had an obstructive effect. This has empowered the parties and increased their mandate. Customer services received more freedom to make agreements about payment arrangements within clearly defined frameworks. Previously, the court bailiffs Staedion collaborates with had to request permission for virtually every decision they made. But if they’re familiar with our frameworks, they can just as well decide on their own. I asked the four bailiffs if they wanted to support our vision, namely to achieve the highest possible scores at the lowest possible cost for our tenants. We try to extend the amicable phase for as long as we can and only go to court if there really is no other way. And we have to be realistic: if you know in advance that a debt will not be paid off within six months, you shouldn’t make that kind of agreement. Another important criterion was the bailiffs’ willingness to have their performances compared by means of the Performance Management (Cwize) tools.”

Two of the four court bailiffs objected to the new vision. “We parted company and hired two new ones who did believe in our vision. Of course, this farewell was hard on my employees. We had worked with these two bailiffs for a very long time. I started to benchmark and discovered that the worst score actually came from the office that had the best reputation among our employees. So, at that point you can convince people based on facts. That’s what I like to do: I want to manage on the basis of output, and not on expectations, impressions or emotions. And that delivers results. The scores went up substantially in the amicable phase. As a result, the costs of the judicial phase declined considerably. That is also evident from the figures: in a period of two years the number of rental arrears dropped by 25 per cent and the outstanding balance by 20 per cent. That sounds great and it is great. But I want more: in the next two years I want to see figures drop by the same percentages.”

Staedion is working on a major cultural turnaround with a programme entitled The customer comes first. “For example, soon after my arrival we started to communicate with tenants by email. That in itself was a revolution. We’re also working on abolishing the giro collection form and on digitising the final invoice. But I envisage much more, for instance robotisation. We’re currently running about 25 robot scripts and we have two self-trained employees working with them every day. We’re now creating a new workflow with a wide range of contact options with customers via email or ID links, text messages, voice messages and whatever else you can imagine. This system responds completely independently to tenant communications based on established criteria and failure scenarios. This is only the beginning, because in the subsequent phase such a system can act completely independently at the individual tenant level. This requires a huge amount of data enrichment and we’re now busy collecting it. We’re now on the way to data-driven collections in order to determine which resource could best be used on the individual customer level.”

The better the score, the more cases

Monitoring a large portfolio of debtors is an intensive process, especially if part of it is in the hands of court bailiffs. Rudolph de Groot: “I know Martijn Groot from my time at UPC where he was my manager. At that time we already discussed the possibility of developing tools for measuring and comparing the performance of court bailiffs and to manage them on the basis of these findings. Martijn and Performance Management (Cwize) achieved this successfully and at Staedion we’re gratefully making use of it. The Performance Management (Cwize) tool is more objective and faster. It also helps to eliminate emotions. We measure on the basis of three scores: in the amicable phase, the judicial phase and the overall score. We also look at matters such as the number of stagnant cases and the average processing time. Of course, court bailiffs know that, because we provide them with their scores every three months. In the future the results will have an effect on the distribution of cases. So far, all four of them are receiving an equal share of the cases. Soon we will switch to the principle: the higher the score, the higher the number of cases you get.”